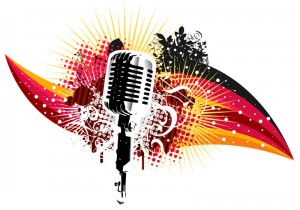 Like many of us, many young people feel left out when it comes to having their voices heard. P3 (Performers, Playwrights and Poets) is a new open mic series for Tri-City youth opening July 13 at the Academy of Children’s Theatre (ACT) hopes remedy that. The open mic series serves up a mix of different performance genres from music, to sketch comedy, improv, and spoken word into one energetic performance. It’s a place for artists to test original work, to work on ideas in front of an audience, or for people who just have something interesting to say.
Hallie Harris, an instructor ACT, says there’s nothing quite like the mix of ideas and energy in an open mic like this. “Standing in front of a bunch of peers and community members, saying what’s on your mind, and trying to entertain them at the same time — it’s magical,” Harris says. “People leave feeling thrilled and empowered and the audience bands together in this unique performance that will never happen the same way again.”
What: P3 Open Mic is an inclusive place for elevated thought and performance. Bring stories, songs, poems, dance, or other forms of performance suitable for a diverse audience. P3 stands for Performers, Playwrights, and Poets.
When: Wednesdays starting July 11th from 7-8pm. Sign-up begins at 6:30pm the day of the event. Limited early sign-up available by calling ACT at (509) 943-6027.
Where: Black Box Theatre at the Academy of Children’s Theatre, 213 Wellsian Way, Richland.
How much? $5 general admission.
Contact Julie Schroeder or Josh Darby for questions or for early sign-up at (509) 943-6027 or at julie@actstaff.org, https://www.academyofchildrenstheatre.org/wp-content/uploads/2015/09/13690621_10154246250010169_588337160155678792_n-1.jpg@actstaff.org